“I have to write to discover what I am doing.”

Welcome to our celebration of storytelling and the power of words. Our goal is to help everyone find their stories and tell them with authenticity, clarity, energy, rhythm and flow.

We are available to conduct workshops, provide individual coaching, and we offer a full range of writing and editing services.

We'll send new ideas and tips to your email as they're posted. Enter your address in the box below: 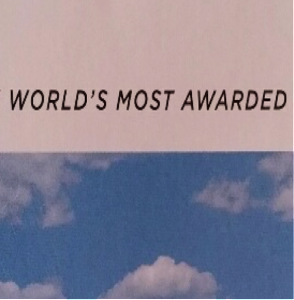 The television commercial dazzled us with the attributes of the SUV and proclaimed it as the “most awarded” vehicle in its class. The prominent headline on the front of the direct mail piece for the cruise line said it was the “most awarded.” As passengers step into the airplane in Atlanta they see a large sticker by the doorway assuring them that this airline is the “most awarded.”

But, the word “award” is a noun that refers to a specific thing of honor usually given to someone in recognition of a great accomplishment. The word can be a verb when coupled with the word “to” as in “to award” the trophy.

In the 140-word tweet-limited modern world of communication, we tend to compress language and make up new usages to fit the medium. Overall, these bad habits tend to make our writing of longer pieces more choppy, less powerful and more unfriendly to the reader. The choices are also grammatically wrong, but let’s not get too hung up on elementary school rules.

The key in healthy writing is readability and making a clear connection between writer and reader. Good grammar just happens to advance that cause. The problem when we start to talk about grammar is too many people have unhappy flashbacks to the teacher with the red pen marking up their writing. This column makes the case that a writer can get most of the way to a good place just by letting the ear test the usage and putting a little more thought into the work.

The most awarded SUV means it is the SUV that has the highest rate of being given in recognition to people who win awards for something. Apparently we are also giving away airlines and cruise lines as recognition for great achievement.

An author is a noun who writes, but not a verb who authors work. Golf is a noun that refers to a game. But, we don’t go golfing anymore than we go tennising. The ear is just as useful in healthy writing as the grammar book, and less threatening.